Move posts from one discussion to another

A Flarum extension. Move posts from one discussion to another.

WARNING: This extension can in certain scenarios result in breaking old URLs to posts of the discussion you're moving posts to.

The extension allows you to select multiple posts to move from one discussion to another. Certain scenarios are not allowed, while others are allowed but yield to different results.

The extension makes knowing which method will be used easily, by providing a Check Operation Type button in the relevant modal, so that you know what you're dealing with before proceeding. 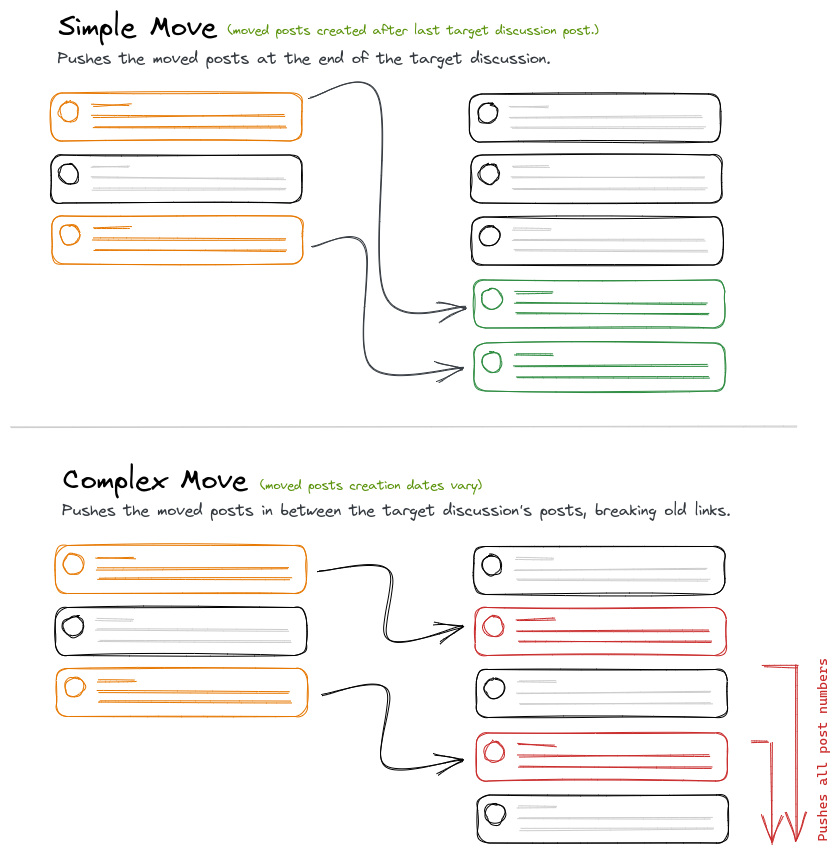 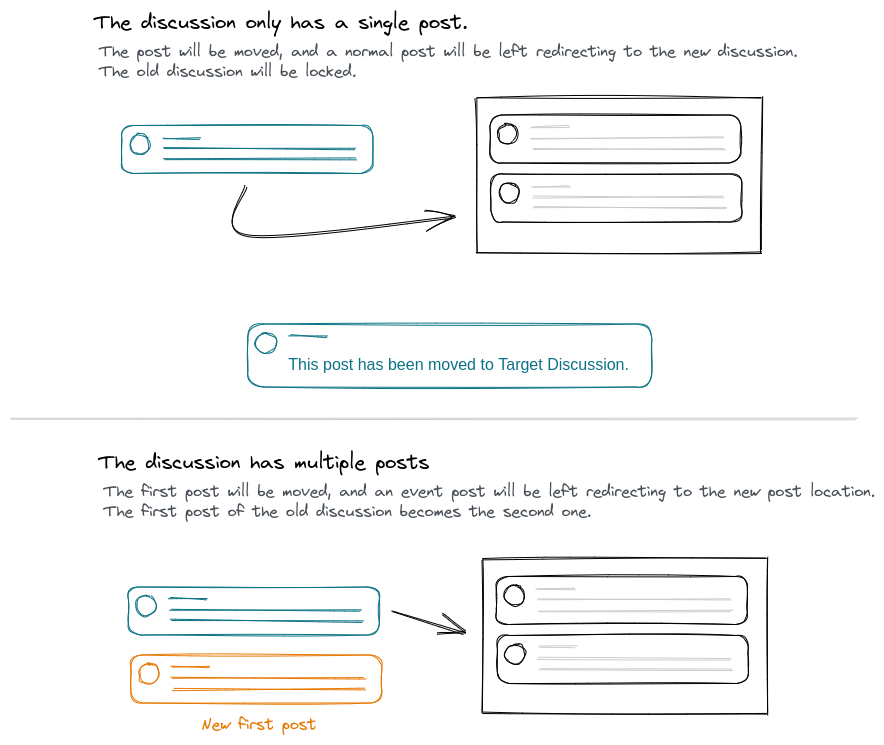 This extension is under minimal maintenance.

It was developed for a client and released as open-source for the benefit of the community. I might publish simple bugfixes or compatibility updates for free.

Breaching the frontier in Flarum forum and community management.

© 2022 Hyn by Daniël "Luceos" Klabbers. All rights reserved. · Extensions and extension information is provided by the respective (copyright holding) authors. · Extiverse is not affiliated to the Flarum project or Flarum foundation. · Images on Extiverse pages are from Unsplash.